One step forward, two steps back? Why the end of hybrid voting is a loss for Westminster 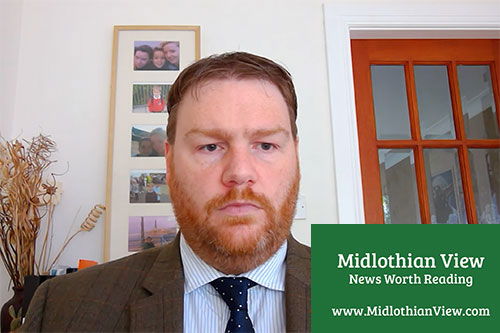 The Palace of Westminster marked an important milestone in its long history this year. After hundreds of years of dragging people out their sick beds to vote through a physical head-count, it got a system of remote voting off the ground. Ironic perhaps that it took a plague-like disease to finally move out of the dark ages, but we’re there now – or so you’d think. Unfortunately the UK Government, led by traditionalists like Jacob-Rees Mogg, have decided to put remote participation swiftly back in a box marked ‘dangerous new ideas’ and clamped down the lid. From June 2nd, despite the ongoing lockdown and need for social distancing, the Government has withdrawn the use of virtual technology which let us all work safely from a distance.

Hybrid proceedings have worked well so far. They allowed my colleagues and I to do our bit to stop the spread of the virus, while still being present in meetings locally, nationally and internationally. Every MP was able to participate, on an equal footing, while sticking to guidance to protect communities. Over the last few weeks I’ve asked questions of Ministers, I’ve worked on committees, I’ve spoken in debates and I’ve voted on important issues like the Immigration Bill. I’ve also been in regular contact with the Council, voluntary groups, constituents and businesses based here in Midlothian. It took a lot of juggling but I got through a lot more work than I could do from London.

This begs the question, why has the UK Government withdrawn the right for MPs to participate from a distance? Why are they forcing 650 MPs to travel hundreds of miles to take part in proceedings in a chamber that can safely hold 50? Communities across the country will lose their voice in Parliament, simply because conservatives want to get the baying back-up around Boris in the chamber again.

Since Public Health England ruled out MPs crushing back into the division lobbies to vote, this decision left the poor Speaker in an impossible position, having to find a solution which suited the needs of those beholden to the old physical ways, but which allowed MPs to stay two metres apart. So the embarrassing spectacle known as the “Mogg Conga” was born; a half mile queue of MPs, snaking all the way from the courtyard outside the Palace, zig-zagging up and down Westminster Hall, along through the central and member’s lobbies and into the chamber. When they finally reached the front of the queue, baffled-looking MPs took turns to stand before the Speaker like naughty schoolchildren, saying their name with an ‘aye’ or a ‘nay’. The whole cringeworthy charade was streamed live and made for fascinating TV viewing, but it does not make good governance. Unfortunately the Mogg Conga is the ‘new normal’ in the progressive world of Westminster, despite achieving nothing more than global ridicule and the potential spreading of disease.

I have written to the Speaker on the ending of the hybrid Parliament as I believe by taking this course of action the UK Government are wilfully impeding our ability to participate in democracy, which could be in contempt of the House. It is certainly in contempt of the devolved settlement and the Scottish Government, whose rules about non-essential travel Scottish MPs should continue to follow. Even the advice from the Prime Minister himself has been that anyone who can work from home, should work from home, and we have clearly demonstrated this is absolutely the case for MP’s. Mr Rees-Mogg may continue to argue for his fetishistic vision of physical-only votes but there is no evidence that it improves the quality of outcome. Across all opposition parties we will keep arguing for common sense and public safety, and hope concessions will still be won.

It’s not just Scottish MPs who have raised concerns about this. Senior Tory Robert Halfon MP accused the government of ‘euthanising’ vulnerable MPs by trying to force this return to ‘physical only’ too early. The cavalier approach of the UK Government to the safety of others is appalling. But this isn’t just about MP’s. The return of MP’s to Westminster saw over 650 staff in Parliament, plus an increased police presence. While many will have been working in support of the hybrid parliament, when there were only a handful of members present the risk is far less.

The need to stick to social distancing is critical to prevent a second wave of this virus which would be devastating for our exhausted NHS and the UK’s economic recovery. We all have personal responsibility to enable this to happen; by not travelling when we don’t have to, we keep everyone safer, including those essential workers who have no choice but to go out to work. Around London the public transport system can’t cope with more than 15% of its usual volume to remain safe. What kind of standard are MPs setting if they ignore guidance and add to the throngs of people crossing the city?

There are times when MP’s will need to be in London as the virtual Parliament hasn’t yet been able to cover all elements of our work, but the reinstatement of some virtual proceedings does mean we can do most of our job from home. The return to a ‘physical-only’ Parliament on June 2nd was a rash, reckless and irrational decision, especially when remote voting gives us a safer, and faster, alternative. I hope the Government will give consideration to further advances in virtual proceedings until such time as a fuller return to Parliament is possible.