"How we exercise governance in our corporations, our hospitals and schools, and our charities is too important to be left to chance"
Cosette Reczek
Permuto Consulting

Use Your Vote supports calls for automatic voter registration 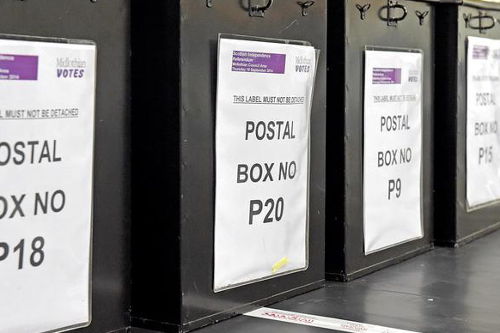 Owen Thompson MP referred to the report “Missing Millions” in the chamber this afternoon, the All-Party Parliamentary Group on Democratic Participation which presented tried and tested solutions to keep the register up-to-date all year round, and called on Matthew Hancock MP, Minister for the Cabinet Office, to introduce automatic registration.

“In many democracies around the world, automatic registration is used to avoid a last minute administrative collapse.

“Voter engagement is vital for democracy to flourish – and we know from the way people got involved with the Scottish independence referendum that a high turnout and a high voter registration is incredibly energising to political debate and participation. I am urging the UK Government not to drag its feet any more on automatic registration – there cannot be any valid reason for them not to look seriously at it after this current fiasco.’’

Supporting the call, Tony Breslin, Founding Director of Use Your Vote, said “Owen is right about this and politicians of all parties, and others of influence across the spectrum, should endorse his call; if democratic engagement and the right to be heard is a fundamental right, why the need to ‘register’ to secure it? We need to put 21st century thinking at the heart of our democracy and automatic voter registration should be part of doing so.”

“Owen’s spot on to call for automatic voter registration, as per the recommendations of the ‘Missing Millions’ report. We know it works in other countries, we know it’s cheaper, and we know it’s ultimately about removing a key barrier to democratic participation. The Cabinet Office must now realise the mood of the country is changing. It’s time to make voting a one-step process.”

Following the issues with Voter Registration the deadline for registering has been extended to until 23:59 Thursday 9th June, if you need to register you can do by visiting www.gov.uk/register-to-vote

This article was originally published in Midlothian View.