Time for a new approach to education, a long-promised ‘great debate’ on education and a focus on educational purpose? 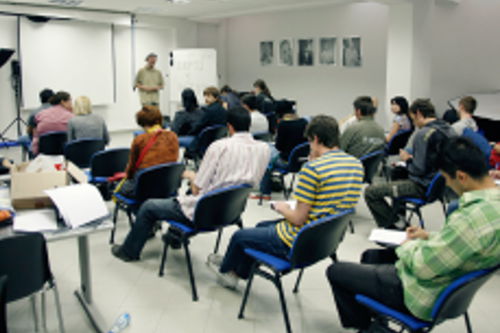 Time for a new approach to education, a long-promised ‘great debate’ on education and a focus on educational purpose?

An edited version of my piece on Labour’s failure to offer a coherent narrative on education at Election 2015 has just been published on the website of Progress, the progressive think tank aligned to the Labour Party but not part of it. You can access the Progress website at www.progressonline.org.uk, but for ease I reproduce the full piece below:

“Directors of School Standards – I mean, is that it? Is that all Labour can offer on education?” Not my words but those of an experienced and exasperated headteacher at a secondary school in Hemel Hempstead, where I stood in May as Labour’s Parliamentary candidate. I was sitting in his office with the Conservative incumbent, Mike Penning – who was subsequently re-elected – and the candidates from the Green Party, the Liberal Democrats and UKIP. It was about three weeks before the election and we were there to take part in a school ‘question time’ event for parents and the local community, organised by the school’s AS level Citizenship Studies students.

The head in question ought to have been a sympathiser, as should the senior staff members at two other Hemel schools who offered similar unsolicited appraisals of Labour’s education offer. In fairness, he gave us all a hard time; not so much “you’re all the same” as “prove to me, you’re not all the same”. And, in a world of homogenised politics and same-size politicians delivered to us through the slip stream of PPE, internship and a stint or two in the think tanks, it’s a fair challenge. Labour’s offer on education, and I say this as a teacher by profession who has spent thirty years in the system, was unimaginative to say the least, and all the poorer because we had had five years to think it up.

What sort of stuff did we put forward? No more than thirty in a class in primary schools, something that we’d pretty much delivered in the post 1997 years and which remains broadly in place, the afore mentioned school standards directors, qualified teacher status for all (surely, a given rather than a ground-breaking policy), a poorly explained Technical Baccalaureate that promised to reinforce rather than bridge the academic-vocational divide, an obligation to make students study English and Maths to 18, and a consumerist offer on childcare and student fees that did little to address how each system works – and its inequities. The foregoing ‘long’ campaign had seen reference to a clunky approach to teacher registration that felt like another device for policing the profession, the usual strategy-free platitudes on standards, a promise to stop the creation of new free schools, and to tweak the current A level reforms.

Talk of a new School Leadership Institute, support for the notion of a College for Teaching and plans for Master Teacher Status sounded like a direct rehash of three (good) post 1997 innovations – the National College for School Leadership, the General Teaching Council and Advanced Skills Teachers. Only the pledge to maintain education spending in real terms stood out, but, frankly, this wasn’t believed on the doorstep or in the staffroom: “Come on, you’re all going to cut spending, aren’t you?”

For many in education, politicians on all sides are starting in the wrong place. Educationalists at every level have had two generations of largely technocratic reforms – some good, some less so – but no discussion of why we do what we do, and no real attempt to involve professionals and parents – or students and their future employers – in any discussion.

From a Labour standpoint this is all the more galling because, in one of the most recognised addresses from a Labour premier, James Callaghan – speaking at Ruskin College, Oxford in October 1976 – had famously sparked calls for a “great debate” on the future of education”, although he never used the phrase itself. Almost twenty years ago, in the run-up to the 1997 election, I contributed a chapter to an Association of Teachers and Lecturers sponsored collection, Take Care, Mr Blunkett, entitled, Twenty years on – the great debate that never was. I could have given this piece almost the same title. Labour progressives should spark and lead that debate and do so now.

The focus of our conversation should not be on how GCSEs, AS and A levels are structured, whether fees are reduced or how many we have in a class, or even how we feel about performance tables and Ofsted. This is absolutely vital stuff but it should flow from our debate, not precede it.

Critically, discussion should start with a focus, as Callaghan did almost forty years ago, on educational purpose and it should involve education’s many stakeholders asactive participants. We should start by asking, “what do we want”, in the phraseology of the great British educationalist Richard Pring, “the educated 19 year old to look like?” Whatever their perceived ability, what qualities, skills, knowledge and values do they need to prosper as individuals, and what characteristics do weneed them to have to prosper as a society? Literacy and numeracy, yes. But what about physical and mental wellbeing, self-confidence and citizenship, creativity and compassion, drama and dance, enthusiasm and enterprise, an appreciation of the arts and humanities, an exposure to professional and vocational learning? And if we can’t deliver all of this, let’s discuss priorities, and how we can be creative in our approach to these.