"One of the most common questions I get asked, especially by parents on the gate, is 'What do you do as a (school) governor?'"
Dan Hall
Bushey Primary Education Federation

So, what is great leadership? 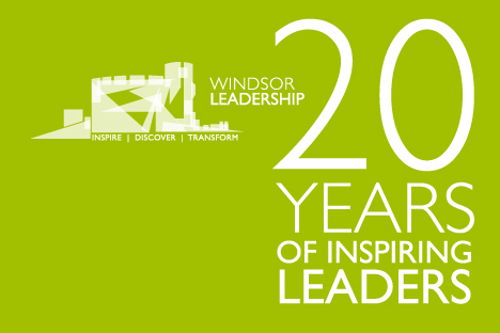 So, what is great leadership? Some thoughts inspired by the Windsor Leadership Trust.

I’ve just responded to an e-mail from the Windsor Leadership Trust (http://www.windsorleadership.org.uk/windsor-programme) who are marking their 20th anniversary by compiling a series of essays and shorter pieces on leadership to be published later this year.

It’s a really valuable initiative from a great organisation. I’ve responded to their invitation to talk about leadership in 200 words. Go on, why don’t you do likewise, whether you consider yourself a leader or not? And if you don’t fancy 200 words, you can offer your thoughts in 20!

Here is my 200 word submission:

Leadership is lonely but collaborative, charismatic but systematic, strategic but opportunistic. Leadership is about being in control but having the confidence to let go, about taking risks while ensuring the wellbeing of others, about the crossroads between courage and commonsense. Leadership means understanding the tensions and contradictions in leadership itself, rather than seeking to airbrush these from existence. Most of all, leadership is untidy and messy, utterly refusing to accept the order and structure of the textbooks sold in its name, but always willing to learn from these sources, and every other.

Great leadership is about creating independence rather than requiring dependence, about enabling people to fulfill their potential but as part of a more widely shared dream, about building teams that pull together rather than fall apart, about sharing success without always getting the deserved credit for it. It’s about the ability to respond to challenges while maintaining direction, about the willingness to consider alternatives, about doing the dull stuff too.

Maybe we should stop seeking great leaders – a search destined to end in disappointment and disabling to us all. Maybe we should focus on acknowledging great acts of leadership. Maybe we are all capable of such acts. Maybe.