Use Your Vote: together, we can make apathy history 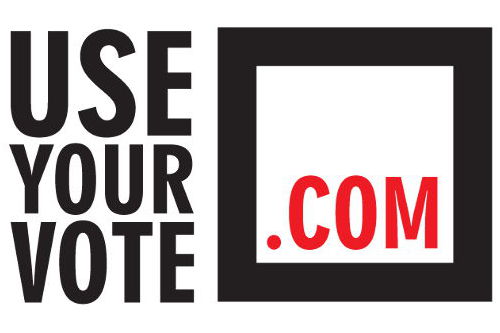 15 years ago, newly appointed to the Chief Executive role at the Citizenship Foundation but yet to take up the position, I registered a variant on the domain name useyourvote.com. I’d been inspired by a story from a friend who was working in a polling station at a school in Enfield in North London – where I was working as an education adviser – at the 2001 General Election. She had told me a tale of a voter who wanted to vote for the first time and who had not done so previously because “I’m 35 years old and you feel too embarrassed to ask”.

Well, it’s taken a little while, but today, Tuesday 1st March 2016, we launch the Use Your Vote campaign and our associated website useyourvote.com, with fantastic support from a range of people including Luke Sills who is the campaign’s administrator, Phil Bowen who has built a fantastic website in record time, the Citizenship Foundation’s Tony Thorpe, who is simply the best author in the legal and political literacy field, and Ben Bradshaw MP, who is hosting the event.

Our aim is simple: by the time we reach the 2020 General Election we want useyourvote.com branding, developed by design guru Richard O’Sullivan at Callisto, to be commonly recognised in a whole range of settings: on beer mats, bill hoardings, gig tickets, the backs of buses and the sides of vans, email footers, company stationery, and communications from local authorities and public agencies – maybe not as famous as the Nike ‘tick’ or the Tesco tag line “every little helps”, but certainly as recognisable as the Investors in People symbol or the ‘Ofsted Outstanding’ mark that schools and other agencies proudly display (and work so hard to earn).

But we don’t want to achieve this prominence for itself. Nike want to sell shoes, Tesco want to sell food (and a whole lot more), businesses want to attract great staff, and schools want to attract pupils and teachers; we want to have a marked impact on democratic participation – on people using their vote – not just at the ballot box every five years but through engaging in their communities as a matter of course. In short, ‘voting’ is a proxy and metaphor for all sorts of participation and engagement, and engagement and participation is the glue that holds any society or community together.

Thanks to all who’ve got us to the launchpad! Now we need the support of government, big business and civic society to make Use Your Vote the social impact campaign of the next five years. We can make an impact – and, if I can steal the tone of another great campaign – together, we can make apathy history!